The environment and major infrastructure projects: can the two be reconciled?

The question of the environment, both concern about protecting the environment as well as taking into account the people who are involved with this issue, has become major point on the political agendas of national decision-makers and international organizations. Global warming, pollution, the transition to renewable energies or, at the least, to eco-responsible solutions are […] 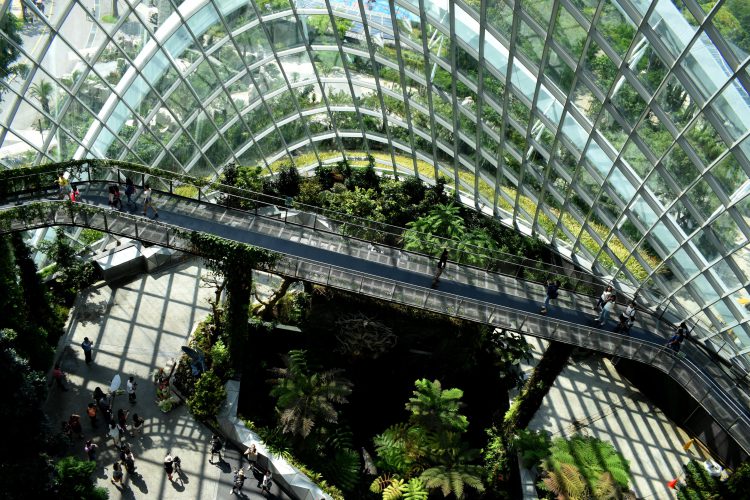 The question of the environment, both concern about protecting the environment as well as taking into account the people who are involved with this issue, has become major point on the political agendas of national decision-makers and international organizations. Global warming, pollution, the transition to renewable energies or, at the least, to eco-responsible solutions are topics that are increasingly being tackled today.

Concern for the environment not only implies that we need to change our habits; such concern also affects many other economic sectors. Among these, the construction sector will likely have to make the greatest effort: changing the way infrastructure is built, thinking about resilient infrastructure with as little as possible impact on the environment, and testing new construction methods and new ways of designing projects.

At first glance, it might seem impossible to reconcile concern for the environment with large-scale infrastructure projects. But is there a way to bring both together when they appear to be almost mutually exclusive? Although the relationship between the two can be complex, there are nevertheless opportunities to explore that could truly change the way we build in order to better meet environmental requirements.

Concern for the environment has repeatedly proved to be an obstacle to developing large-scale infrastructure projects. This is due to several factors.

Environmental protection laws and regulations have been strengthened, especially in the most developed countries. The rules of the game have evolved over time and the public consultation process, necessary for the approval of any project, has gained considerable importance. Public opinion can ultimately decide the fate of a project.

There are many examples. The third runway at Heathrow Airport, a project as necessary as it is controversial, is now at a standstill following public consultations (and legal proceedings that followed). Another is the Lyon-Turin high-speed line, which has been attacked (verbally and otherwise) for decades because it does not take sufficient account of the environment and is therefore seen as detrimental to the landscape of the Susa Valley. More recently, Kent County in the UK called for further reducing the environmental impacts of the Lower Thames Crossing Tunnel project so that it does not meet the same fate as the Heathrow runway.

Public consultation also has another impact on infrastructure projects; it lengthens decision-making times. Consequently, many projects are delayed and the prospect of actually being built recedes into the distant future. In Chile, for example, public consultations and environmental impact assessments often slow the implementation of large-scale projects. Almost half of the projects subject to the approval of the country’s environmental regulatory agency (SEIA) are rejected.

What can be done? The situation is not at a complete impasse—on the contrary. The construction industry can take important steps towards change. As the environmental issue grows in scope and significance, the key will be to better prepare project dossiers, better explain the project to future users and better organize public consultations.

All project stakeholders should be involved in this process. First, the project owner, most often the public agency who commissions the project, must now systematically integrate environmental requirements. This clearly means greater transparency with regard to the public as well as placing greater demands on construction firms.

The public agency that commissions the project is not the only player. Engineers also have a role and can help bring about change. Starting with the design stage, eco-responsible measures (whether in terms of materials or construction methods) can be considered, or even requested by project clients themselves.

Construction firms are the third link in this chain. In the very near future, environmental requirements in calls for tenders as well as in contracts will undoubtedly become more stringent. Environmental issues may become one of the criteria for evaluating bids as well as for awarding contracts. So, the challenge for builders will be to anticipate this paradigm shift now: Certain solutions have already been implemented (for example, the management and recycling of excavated material on site) and other, more innovative solutions will undoubtedly be requested and expected by commissioning agencies.

Therefore, this is not a black-or-white issue. Infrastructure projects and concern for the environment can be reconciled. One does not cancel out the other. Change driven by environmental concerns is already underway and these concerns will open the door to new types infrastructure projects and new solutions for building them. The obstacles can indeed by overcome and three-way cooperation between clients, engineers and construction firms will lead the change.